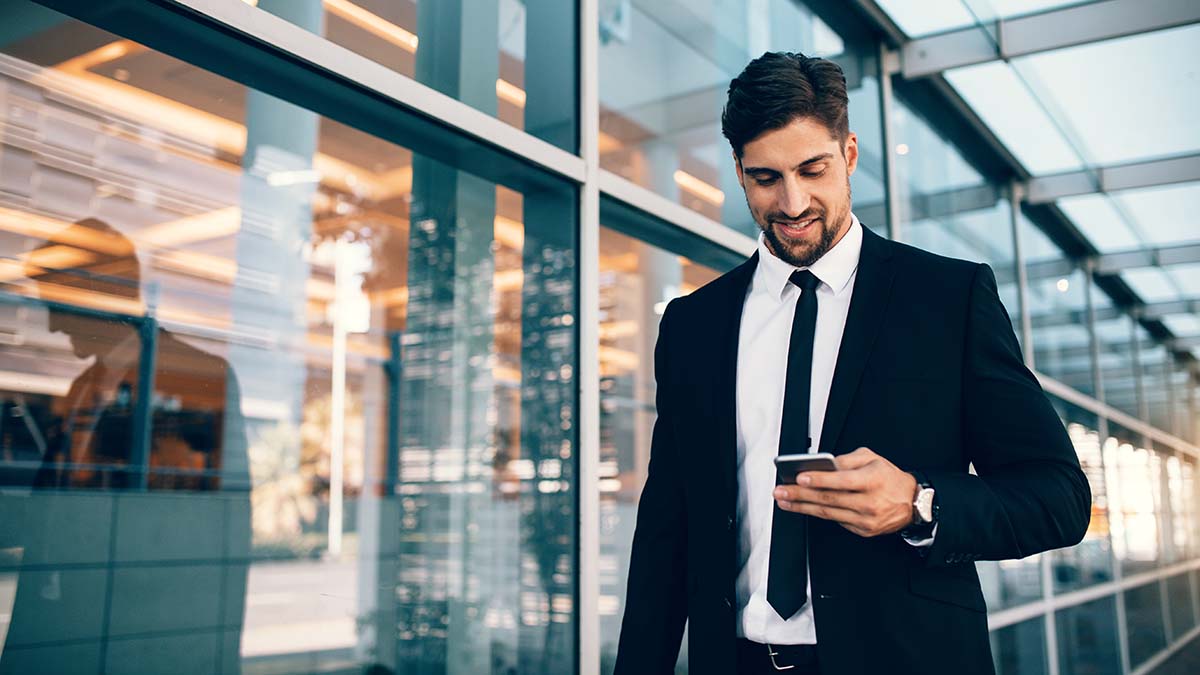 We had thought that with the most recent our series on VoLTE roaming had come to an end. It turns out we were wrong. Read on…

Over recent weeks, you’ll be aware that we’ve written a series of blogs, all published here, addressing the issue of VoLTE roaming. We’ve examined how VoLTE roaming works, why it’s important, what are the difficulties involved in set-up, and more. Now, just when we thought the story was behind us and it was safe to go back in the water, social media thrusts this exchange before us. Something happened just a few days ago, which we noticed on LinkedIn.

We’ve anonymised this, of course, but it was publicly available, so we hope the author won’t mind us quoting this interesting episode. It seems that, on arrival in the US recently, the author received a text message from his roaming network:

Welcome, you are roaming on AT&T. Due to network technology compatibility, traditional voice calls will not work. Please use data, SMS, and app-based calling.

To which the intrepid traveller added his own rejoinder:

I am in the US taking part in a congress. For the first time in my life going to the US, I do not have access to normal phone calls. Not that I really care about them, but it could be important if I needed to call for an ambulance. I have to say that interoperability between operator networks seems to be going down At least data works for AT&T. Why pay for expensive eat as much as you like agreement when only data of works anymore?

Reading all that, we thought “indeed…”.

He does have a point, doesn’t he? And if you’ve read our last three blogs, you can probably guess what I’m going to say next: the issue here is entirely due to VoLTE roaming not being enabled, in this case between his home network operator and AT&T. And this despite the fact that AT&T supports full VoLTE roaming with other US MNOs.

The takeaway from the story underlines the point we made in the very first blog in this series, that take-up of VoLTE roaming has been painfully slow, and this inertia is becoming more and more of a problem. Yes, investments in VoLTE itself have been extensive in recent years (no surprise given need to enable both innovative services and devices) but roaming partnership announcements have lagged far behind. The numbers tell the story of what has to date been a missed opportunity. According to Kaleido Intelligence[1]:

And yet amongst all this, roaming agreements are barely visible.

Don’t let the sun go down on you

This, of course, is now changing, if not through choice, then out of necessity. That’s because, as we also know, 2G and 3G networks are being shut down at an increasing pace removing CSFB (the preferred workaround for avoiding implementing VoLTE roaming) from the table.  The pace of sunsetting is adding urgency to the situation.

The first quarter of this year underlined the reality.  AT&T announced the shutdown of its 3G network in February, the last of the US mobile titans to do so. Closer to home (in Europe), both Vodafone and Orange made similar announcements in the first quarter of this year. Vodafone will shut down domestic 3G by the end of 2023. Orange Group’s plans are a little more convoluted, though the end-destination is the same.

The message to telecoms operators here is clear: there’s no longer a viable alternative. Where VoLTE roaming is concerned, there’s no advantage in delaying implementation. Better to get your act together now. For wholesale managers, that means it really is time to grasp the nettle.

The reality, in a way, brings us back to the US airport where this blog started. Why? Well, when it comes to travel destinations, the USA is a pretty popular place for both business and personal reasons. Before COVID, around 100,000 inbound visitors arrived there each year and it’s reasonable to assume that those numbers will return to normal soon enough.

So, our source, arriving in a nation which, by the end of 2022 will be 2G/3G network free among its major operators, isn’t alone with the roaming problems he described. Without VoLTE roaming agreements, his smartphone is going to be just one of many looking for a network but unable to register to it.

Here’s the key question; if you’re an operator with customers who travel outbound from your home network country (which is pretty much every operator, everywhere) then let’s be honest; you have a pretty compelling reason to act fast about VoLTE roaming unless your business model is founded on having a lot of unhappy customers who can’t use their mobile devices when they’re away from home. And for that matter, even if you’re the visited operator the risk of losing inbound roamers to your domestic competitors is hardly likely to yield a commercial advantage.

The point: the countdown to universal VoLTE roaming deployment has, like it or not, begun.  It’s. Happening. Now. The question operators face is simple: are you on the bus yet, or not?

Worryingly perhaps, the answer to that question at present appears to be, if not an outright “no”, then certainly for many operators, “not yet”. Of the 232 VoLTE launches in 106 markets tracked by the GSMA[2] up to July 2021, fewer than 50 supported VoLTE roaming. That’s less than 20%. Strong as the forces of inertia are, that doesn’t make sense.

Remember, as we noted earlier in this blog series, that beside the advantages described in our story:

And the switch, in relative terms, is also easy as the VoLTE roaming architecture model largely mirrors existing roaming for legacy network and LTE data networks.

If you want to learn more about deploying VoLTE roaming, why not speak to Utel, the authors of this blog series?  Utel helps telcos to gain greater control of how their networks are performing, improve service assurance, and benefit from an enhanced ability to deliver the best possible experience to their customers.  If you’d like to learn more, please get in touch.