Considering the impact of IoT on your network traffic 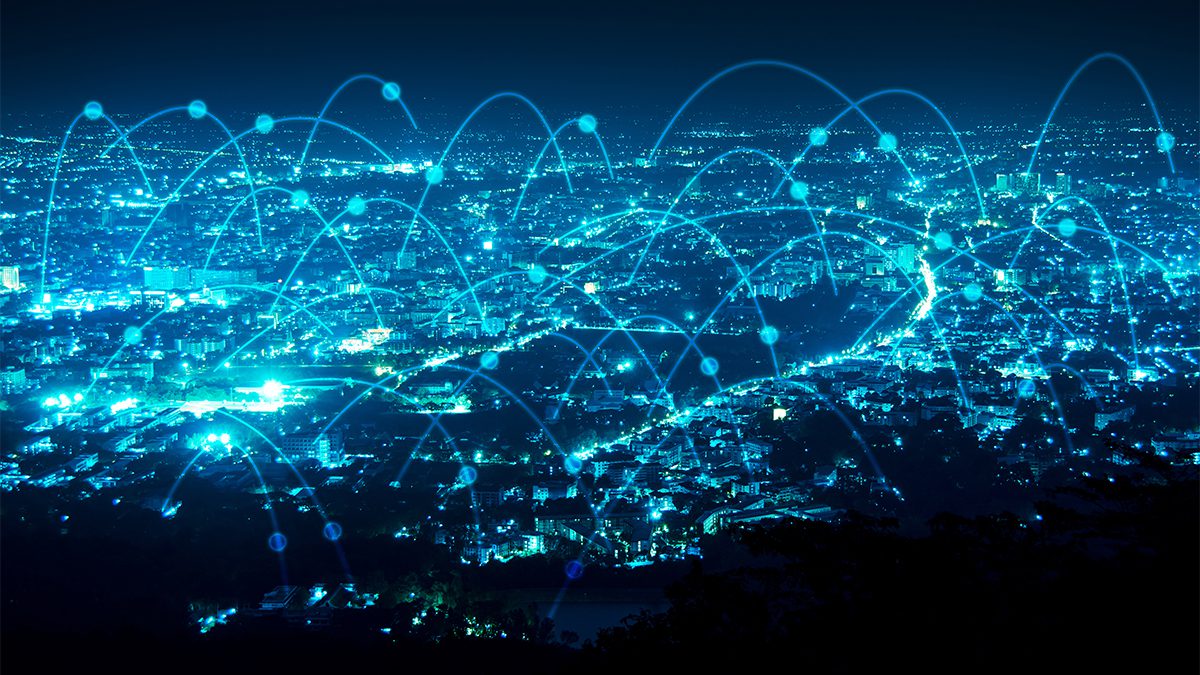 What’s likely to be the impact of IoT on network traffic and what do you need to be aware of as you take it into account? It’s an important question and, moreover, a timely one. The headlines today (not just in the industry but in the general media too) are dominated by “5G”. And 5G is, to all intents and purposes, in many ways the true realisation of the Internet of Things.

Look at it like this. If we think, roughly, of 1G mobile as being voice (over a mobile the size of a brick!), 2G was characterised by text messaging, 3G introduced Internet surfing and 4G brought mobile streaming. 5G means delivery of the world of “things”. And these things will bring with them change in a myriad of ways, not least change to the mobile network itself.

So, “things”. What is the IoT? You probably already know but a brief definition is nevertheless helpful. Essentially, it’s an over-arching system of computing devices, mechanical and digital machinery, objects, people attached to unique identifiers and more and, with all that, it’s something that brings with it the requirement and ability to transfer data (derived from the component parts we’ve listed) over a network and without requiring human interaction.

Examples of a thing? A marathon runner wearing a location-enabled heart rate monitor or a cardiac patient with a pacemaker.  Or a car with built in sensors that can detect any number of mechanical issues. For that matter, a car that can drive itself. Or a cow with a biochip transponder. All the above can be assigned an identity, and each is able to transfer data over a network.

It’s this latter ability that matters a great deal because companies and organisations across vertical industry boundaries are deploying IoT to improve the efficiency of their operations, to reinvent their relationships with customers, to make better decisions and, ultimately, to enhance the value of their businesses. Against this backdrop we can begin to understand the impact of IoT on network traffic. In this blog, let’s look at four fundamental points:

Data – get ready for the tidal wave

The key here is volume; the IoT is going to generate massive amount of data from potentially billions of devices communicating over the network. If you think about the examples of “things” given earlier in this blog, bear in mind that each will have one (or often more) sensors that it uses to collect data. All that data will need to be transmitted over Wi-Fi, 4G, and increasingly over the 5G network. Each IoT device connected via mobile networks is essentially doing things that are important to the service each is delivering – and each acts as another connected end point, with an IMSI and eSIM or SIM identity.

IDC has predicted that within five years, IoT devices will be transmitting 79.4 zettabytes of data. Some of that data might be small and bursty, much of it will be enormous and consistent. As we move into the future (think self-driving cars, for example) data volumes will only increase, and the network will need to be ready to cope.

Compatibility – (which isn’t the case, so it presents a challenge)

More accurately, the absence of compatibility since there is no international standard for devices to communicate with each other. Furthermore, there isn’t a standard mechanism for communication between devices either. Some will use standard wi-fi, others Bluetooth but likely the majority will rely on LTE and 5G networks – and must be managed alongside traditional users, such as mobile phones.

5G networks will probably rule (in the end) because they can fit as many as a million devices into a square kilometre making it possible to secure large scale industrial (let alone simpler consumer) IoT projects. Ericsson predicts that there will be roughly five billion IoT devices connected to cellular networks by 2025 which, again, will present a challenge for which standardisation may prove to be an urgent requirement. Are networks ready to cope?

Research firm IDC forecasts worldwide private LTE/5G wireless infrastructure revenues will reach $8.3 billion by 2026[3], increasing from $1.7 billion in 2021. That’s a CAGR of 35.7% over the five-year period. The firm defines this as any private LTE/5G wireless infrastructure as any 3GPP-based cellular network deployed for a specific enterprise/industry vertical customer that provides dedicated access to private resources.

Requirements here might include dedicated spectrum and network will need to be able to support use cases such as fixed wireless access, traditional and enhanced mobile broadband, IoT endpoints/sensors, and ultra-reliable, low-latency applications. Network operators will need to be ready.

Network security requirements are changing and IoT will hasten the pace. The traditional approach of “secure the perimeter” will no longer be enough. The breadth of new requirements may be broad but examples of terms that may soon become familiar include zero trust architecture (ZTA) and Network Security Policy Management (NSPM).

The former is a network security paradigm that operates from presuming that some actors on the network are hostile, and there are too many entry points to fully protect. The latter involves analytics and auditing to optimize the rules that guide network security, as well as change management workflow, rule-testing and compliance assessment and visualization

As IoT places increasing and different demands on the network, Utel provides a complete Real-Time Network Monitoring solution that helps operators meet challenges in the areas outlined above (and others). It allows you to identify and isolate traffic from IoT devices that use cellular mobile connectivity, so you can manage the growing pool of such elements.

Based on a combination of virtual and physical probes, analytics functions and dashboards, Utel technology helps operators to gain greater control of how their networks are performing, improve service assurance, and benefit from an enhanced ability to deliver the best possible experience to their customers – across all relevant interfaces.

If you’d like to learn more, please get in touch directly by clicking here.